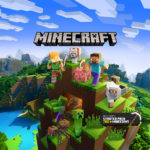 From my current System job at IBM, we talk a lot of “IBM Cloud Private” where you can build your own Cloud using, at its core, Kubernetes, Docker and Helm. I decided to look into this by deploying it on my local VMware system on two Ubuntu vm’s and play around with it.
Read More